A French couple transforms a war bunker into housing 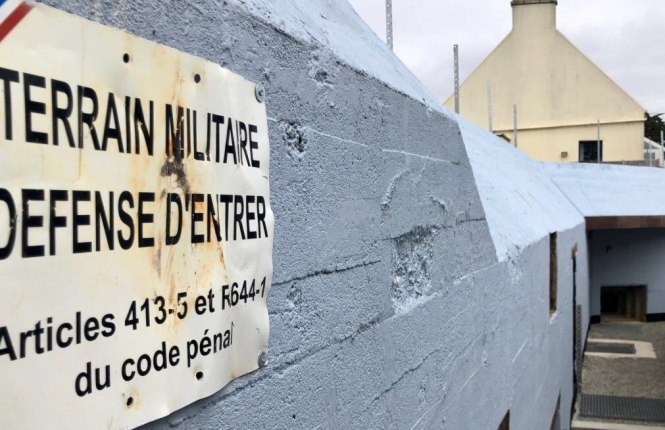 It is now possible to sleep in a military bunker in Finistère, Brittany, after a local couple transformed the former hideout into comfortable accommodation.

Formerly a restricted military site, the place is now open to the public, for those looking for an unusual stay steeped in history, after a renovation by Serge and Virginie Colliou.

A World War II bunker, built by German troops after the invasion of France in 1940, has been converted into a guest house. Serge Colliou bought land in the area and spent 18 months renovating the 4,300 square foot bunker, turning it into a fully functional rental pic.twitter.com/OsQjoeJB4X

It can be rented per night, for eight people, from €320. It can also be rented in its entirety for parties, with a capacity of 25 people, with a caretaker on site, from €1,480 per night.

The L479 bunkers are located near Saint-Pabu, a few meters from Corn ar Gazel beach. They were built in 1943.

The buildings were used during World War II as accommodation for German army commanders and are just some of the fortification systems built along the European coast by the Third Reich during the conflict.

Serge Colliou says the local news site Côté Brest: “Reserved for officers, it was the decision-making center for the entire northern coast of Finistère.”

A total of 13 bunkers have been built, but only this one has been renovated so far.

The couple have lived in Saint-Pabu for more than 10 years. They discovered the bunker by chance, having bought a plot of land on which the bunkers are located, for €35,000, in 2017.

Mr Colliou said: “We didn’t buy a bunker, we bought the land. But the thing with Saint-Pabu is that the bunkers are located on private property.

“We already had a bunker in our garden, an anti-aircraft battery of about 60m2, which we had already renovated.”

Bunker L479 was a much bigger challenge. It extends over 400 m2 spread over two floors and 24 rooms, and remained abandoned for 70 years. Part of it is 12 meters below the surface. The renovation took 18 months to complete.

Mr Colliou said: “The hardest part was digging it up, because it had been filled in and camouflaged. Then to clean it. It took eight people, working full time, two months.

Today it has a living room (the former “map room”), a bedroom (the former communications room) and the operations center is now a “hammock room” with hammocks for sleep and relax. There is also a dormitory, a smoking room and even a prison cell.

There is also a kitchen and two bathrooms.

“It’s not a museum, but there are little touches [of the past]said Mr. Colliou.

Decor includes replica weapons, old telephones, and metal cabinets. Photos of the former condition and use of the bunker are also displayed.

The couple discovered that reservations came from all over France, and even from abroad. Companies have also shown interest.

All the pictures from Bunker-L479.com.