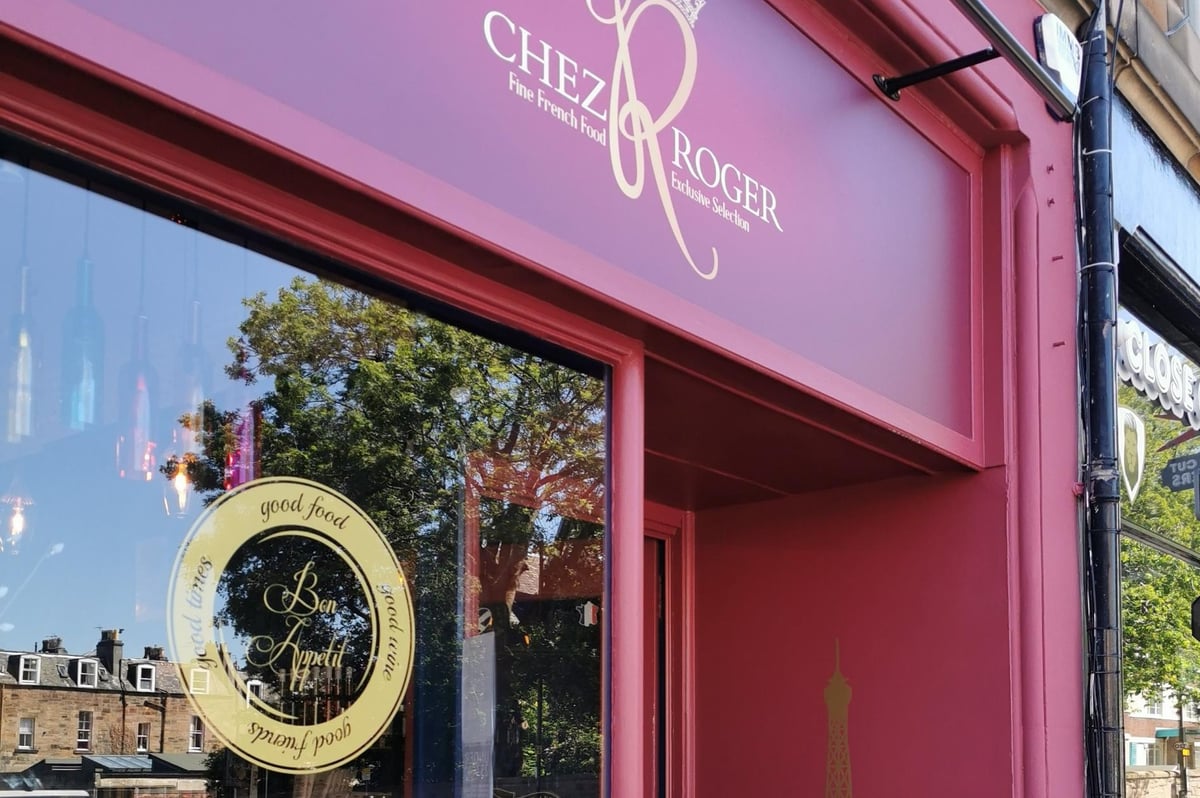 Reading these lines, the bionic Tadej Pogačar may still be wearing the yellow jersey. Or maybe not.

Either way, the Tour de France runs until July 24, when you might want to celebrate or sympathize at the conclusion of the longest cycling race.

Register to our daily newsletter

Before they reach the final stop in Paris, here’s our pick of Scottish French restaurants and delis to visit. Come on!

Ditch the Prosecco and toast the yellow jersey with Crémant d’Alsace from this Holy Corner grocery store. which belongs to Gaelle and Frédéric Roger. In this Francophile’s dream store, the shelves are overflowing with Norman cider, as well as French cheeses, condiments, nougats and fruit jellies and other delicacies. And there is news:

“We launched our own selection of classics in collaboration with French artisans, including pâtés/rillettes of meat, fish/shellfish and vegetables and gourmet ready meals to start,” says Gaelle. “And we’re also set to launch our own aperitif French-style pasture boxes, featuring a selection of France’s finest artisan cheeses, charcuterie and pickles.”

Fred Berkmiller of The Blue Snail

One of our favorite restaurants in the capital brings the Auld Alliance to life, with Scottish produce served in a romantic Gallic setting. We say yes to the fennel tarte tatin, Lanark Blue sheep’s cheese, endive and candied walnuts, followed by a chocolate fondant or local strawberries with fresh cream sorbet. They also still do their Cafe at Home take-out menu, and you’ll find the boss chef, Neil Forbesrunning his stall, selling bridies, shortbread, pies and more at Edinburgh Farmer’s Market on Castle Terrace every Saturday from 9am-2pm.

We were sad that the sister location of this restaurant The White Snail recently closed. All the more reason to celebrate their original 13-year-old location on Broughton Street, which now has a wine bar downstairs serving fondue and vino, among other things. Their patron chef, Fred Berkmiller, won the Rare Breeds Survival Trust Sustainable Chef of the Year award at the recent Royal Highland Show, and they are the first restaurant in the UK to receive pasture for life certification, for their commitment to using pasture-raised meat. On the menu, roulade of guinea fowl with morels, asparagus and morteau sausage.

The folks at Singularity Sauce Co told us about this family-owned delicatessen. We like that they offer a ‘cheese of the week’, which you can taste at the counter. Previous varieties included Mimolette and Fourme d’Ambert, from the Auvergne region. Plus, Sherry Educator and Chef Annie B or Annie B’s Spanish Kitchen tells us that their Haggis and Emmentaler Toasts are legendary.

This restaurant has a loyal clientele and is in the heart of the theatre, which may explain why it has survived an incredible four decades, through Covid and beyond. In order to move with the times (which may also explain the unusual new Thai influence on the dish list), they have just launched a new brunch list, although the reliable menu offers dishes including their classic entrée of French onion soup with port and red wine and gruyere croutons, and their steak burger for a main course, with an extra lard Norman version topped with baked brie and bacon.

We love that this restaurant offers a school French tasting menu for £15. It introduces foodies to classic French cuisine with a buffet of snails, beef bourguignon, frog legs, spiced couscous and gratin dauphinois, among other dishes. Or, leave the pesky kids at home and try their seasonal menu or Sunday lunch, which can include country-style pork and chicken terrine followed by roast beef with the toppings.

Fancy a toast, pancake, croissant or French toast? Try this friendly and very fussy little cafe, with tables outside for hot moments. They offer these dishes as part of their brunch, served from 10 a.m. to 4 p.m., then it is the Small Plates, including pepper steak and baked camembert, which are available from 4 p.m. until late. We would only visit for the Lady Apricot cocktail, which has tequila, apricot cream, lime, all served in a glass with the rim sprinkled with chilli.

This place calls itself a “Parisian cafe by day, a casual fine dining French restaurant by night”. It also has a new private Wine Room dining space and claims it’s the only place in Aberdeen to offer a vegan tasting menu, with dishes such as wild mushroom pithivier. The times are changing. Their meatier options might include beef cheek and black pudding rissole, black truffle apple puree and Madeira jus.

Get your profiteroles or pear rissoles (pear-vanilla compote in puff pastry) at Pierre – this turquoise Peugeot J7 van, which is currently parked in Brodick from Friday to Sunday. Or, opt for something savory like the spinach croque with creamed spinach, sun-dried tomatoes and cheddar cheese or the ham hock, aka braised ham hock in a honey-Dijon sauce with an egg on top .